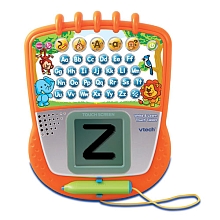 For Christmas, H received a VTech Write and Learn computer from my brother and sister-in-law.  I must admit, that I was a bit hesitant to introduce a computer to him at such an early age (as I do not want him addicted to computer games) but after hearing how it worked I changed mind instantly.

The Write and Learn Tablet helps preschoolers learn their letters (uppercase and lower) and shapes.  It has 5 different play modes and a "pencil" that they use to practice writing their letters and drawing their shapes.  It also has a touch screen for many of the activities too!

His favourite activity right now is the Guess The Letter game where a letter is being shown, only partly, and he has to try to figure out which letter it is and then push it on the keyboard.  Just from doing this he has learned almost all of his letters and can easily recognize them in print all around us.

He has also just started doing the letter writing practice and I was pleasantly surprised to see that he could already print many letters such as H, C and D.

If you are looking for something like a computer for your little one, but a bit more educational than many others out there, than I would highly recommend trying the VTech Write and Learn Touch Tablet.

Posted by Mommies Favourites at 5:40 PM No comments:

Just recently, I found a great blog that has super activities to do with you little one - No Time For Flash Cards.  So far, H and I have been doing the Uppercase Alphabet Crafts from this blog and he has been loving them.  We have done the A is for Alligator, B is for Bee and today we are going to do the C is for Caterpillar.  I use these along with this preschool program that we do each week that I found on another site.

No Time For Flash Cards, also has other great things to do like Earth Day crafts, Math Activities and themes like Farm Animals, Puppets and Snow.  The list is just endless.

If you are looking for some fun and educational ideas of what to do with your little one definitely check out their site! 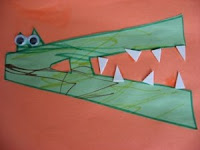 Posted by Mommies Favourites at 11:44 AM No comments: 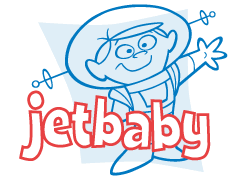 While searching the Internet the other day I came across a cool Canadian online store that sells trendy kids clothing for a good price.  They carry names like Roxy, John Deere, Daily Tea, Puma, DC, Quicksilver, Vans, Uggs, (the list goes on and on) for babies, boys and girls. They also sell shoes, toys, books and other accessories.

Jet Baby is located in Oakville, Ontario and they have both an actual store and an online one which makes buying from them very easy.  They carry kids sizes from newborn to size 12.  They also have a large selection of Rock tees for any of your favourite bands.

Check them out online at Jet Baby.


I have my eye on some skull stuff for H and some cute Hello Kitty shoes for P. 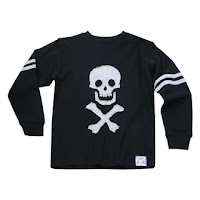 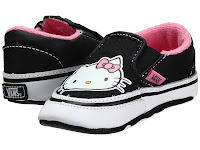 Posted by Mommies Favourites at 5:53 PM No comments:

Heather put out an all call on the Mommies Favourites Facebook page looking for some suggestions and I was hoping that you all could help!

"Hi! I'm having a shopping crisis for my boys so thought I'd ask this group of experts. I need: a drinking cup that won't leak or spill, no matter if it falls, etc.; boy's flip flops that you can run in, once their feet are too big for the styles with the ankle strap; healthy toothpaste; sun block recommendations. Help!"

Please comment below with any of your suggestions and I will make sure to pass them on to her! 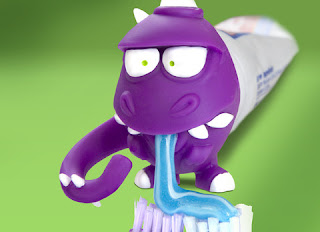 H received this as a gift from my parents and at first I was a bit skeptical.  First off, I worried that it wouldn't fit his toothpaste and secondly that it was just another gimmick and something that I was going to have to throw away almost immediately.  I was wrong!

The SpreadHeads Toothpaste just twists onto the top of your toothpaste tube and it even has a stopper to close it up.  We have Toothpaste Rex and it really does make H want to brush his teeth more.  It even makes it easier for him to put his own toothpaste on and he loves that independence.

SpreadHeads also comes in many other styles such as a dog, cat and fish.  They sell online at Black Lab Products for $4.99.  I am not sure where my mom found ours, but I know it was a store in Thunder Bay. 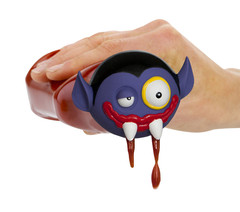 Posted by Mommies Favourites at 9:57 AM No comments:

Once again I found this cool product on one of my discount websites.  The Potty Flip is a disposable potty that folds up small enough to be stored in your glove compartment or in your purse.  The great thing about it is that it is biodegradable so you don't feel so bad about using it and then throwing it away. 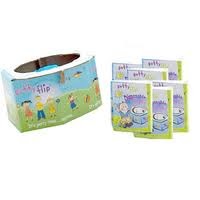 We are just starting to get into potty training but I know that a lot of my friends have had to stop alongside the road for a quick potty while driving from here to there.  Some friends even keep a plastic potty in the car with them for these emergencies.  This would solve everyones problems.  I think it would also be good for places like the beach or long walks where a bathroom just isn't available.

My first worry was would it hold my little H, but it says that it can support up to 75lbs!!!!  Supposedly you just unfold it and it is ready to go.  It comes with a bag that holds "the mess" and then you just seal it up and throw it all away!!

I found it on a few American online stores, but had no luck finding it here in Canada.  It sells online for about $7.99 for a set of 3.
Learn more about it by checking out Potty Flip USA
Posted by Mommies Favourites at 10:54 AM No comments: